In the history of North Korea, two million people died from hunger and uncountable number of people has failed in their attempt to defect for both freedom and food. The attention from the world over the abuse of human rights in North Korea is decreasing every year. Hwang Jang Yup, who collaborated with Kim Jung il to create Juche Ideology (version of communism), defected to South Korea to publicise the human right issues in 1997. He tried to go to America to continue his political activism which he failed to do because of the change of the political party in South Korea which was against his activism. Unfortunately he stayed in South Korea not fulfilling his desire. Therefore, I speculated a scenario of ‘what if…’ a group of North Koreans who already have settled down in America and helped Dr. Hwang to escape to America. And what could have helped them to go through the secret way to defect for them. Therefore, this project is based on a counterfactual scenario which speculates a history where North Korea participated in the 1964 World fair in New York City. Where I choreographed and filmed it to make the scenario to be more impactful and realistic. In the scenario, Kim Il Sung kidnapped an architect, Boris Ivanov, to design a pavilion for the fair. Boris was inspired by the younger generation in the Soviet Union who were seeking freedom in the 1960s. In Boris’s design proposition he presented two floor plans: one to show Kim Il Sung, and a second for the those he was to help escape from North Korea. The pavilion was designed to, at first glance, glorify Kim by exhibiting his statue, self-portraits, flowers, pictures and music. However on the rooftop, the dancers were creating the shape of Kimilsungia (the flower of Kim Il Sung). In the floor plan that these dancers see, there were secret pathways to a Japanese Pavilion. In the end, 2803 North Korean dancers succeeded in defecting from North Korea. In addition, they helped Hwang Jang Yup to come to America. Finally, North and South Korea were united in 2010. 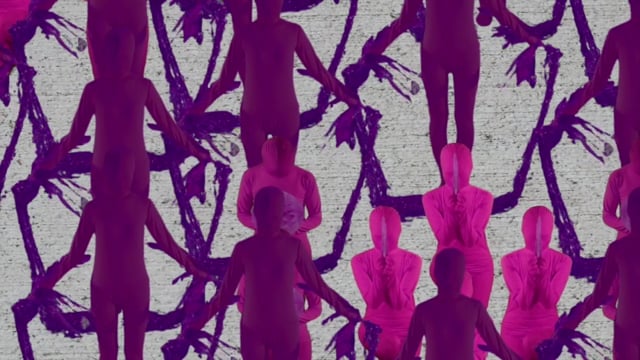