Kim Jong Il is the founder of a political music style in which allows music to serve as a powerful political weapon. For instance, Mansudae Art Studio and Sea of Blood Opera Troupe, the most admired musicians of Kims, were not allowed to sing the song of love and freedom but sang of Kim's leadership. Kim Jong Un’s idea of dictatorship has been is revealed not just in his political decisions, but also in the music of the nation. His political musicians sing the song of Disney and dress up like some of American singers. Recently, Kim Jong Un has stated old North Korean political music should be remade to add more of the freedom to it. Therefore, this North Korean Hiphop Music Video is an example of a political music video which could happen in North Korea within ten, twenty years. Celine has composed with James Joh and she sang as Moranbong. Then she edited the film which were shot by Hiroki Yokoyama. 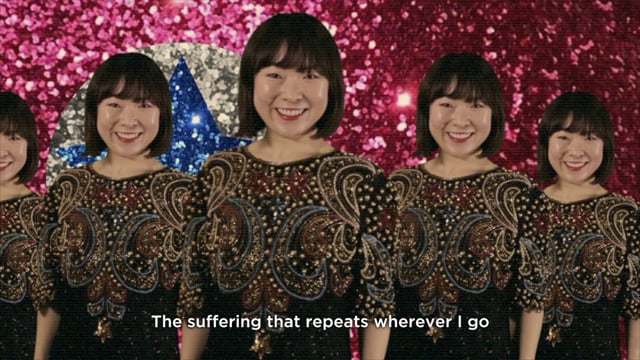